Rules and ordinances of the Cutlers and Bellfounders Gild or Company

The Cutlers and Bellfounders Gild was one of five in existence at this date – the others were the Tanners and Leathersellers, the Mercers and Drapers, the Vintners, and the Clothiers and Clothworkers. The Cutlers and Bellfounders Gild actually admitted members of 17 other trades, including carpenters and joiners. This rule book is open to show the ‘perticuler orders’ relating to smiths and barbers. 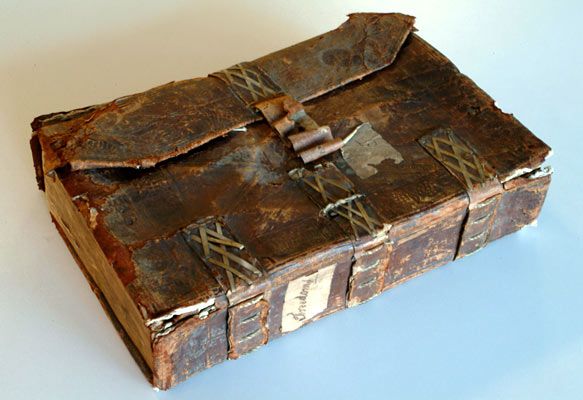 Cover of Freemen’s Register for the Borough of Reading

This shows the cover of the earliest book of freemen for the Borough of Reading. It is a contemporary, seventeenth century binding, and was probably bound locally. 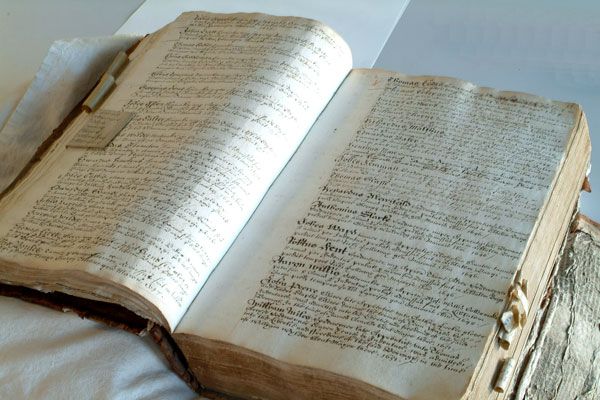 In his History of Reading, Man writes that there were around 300 freemen in the Gild companies during the 16th century. This book lists the freemen admitted to the 47 different trades carried on in the town during the 17th century, including apothecaries, weavers, brewers, tanners and coopers. After the reform of local government in 1974, the position of freeman became an honorary one, given to acknowledge contributions made to the town. At the time of the Charter 750 celebrations, there were seven freemen.