Is that a passport? 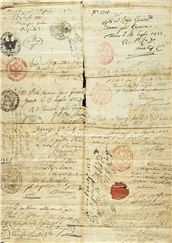 A fascinating roll of paper has been discovered amongst the collections which is actually an early type of 'passport' (ref. R/D142/1/3). It relates to Charles Blandy and as these images show, it contains as series of stamps with details of the places he visited in 1822-1823. 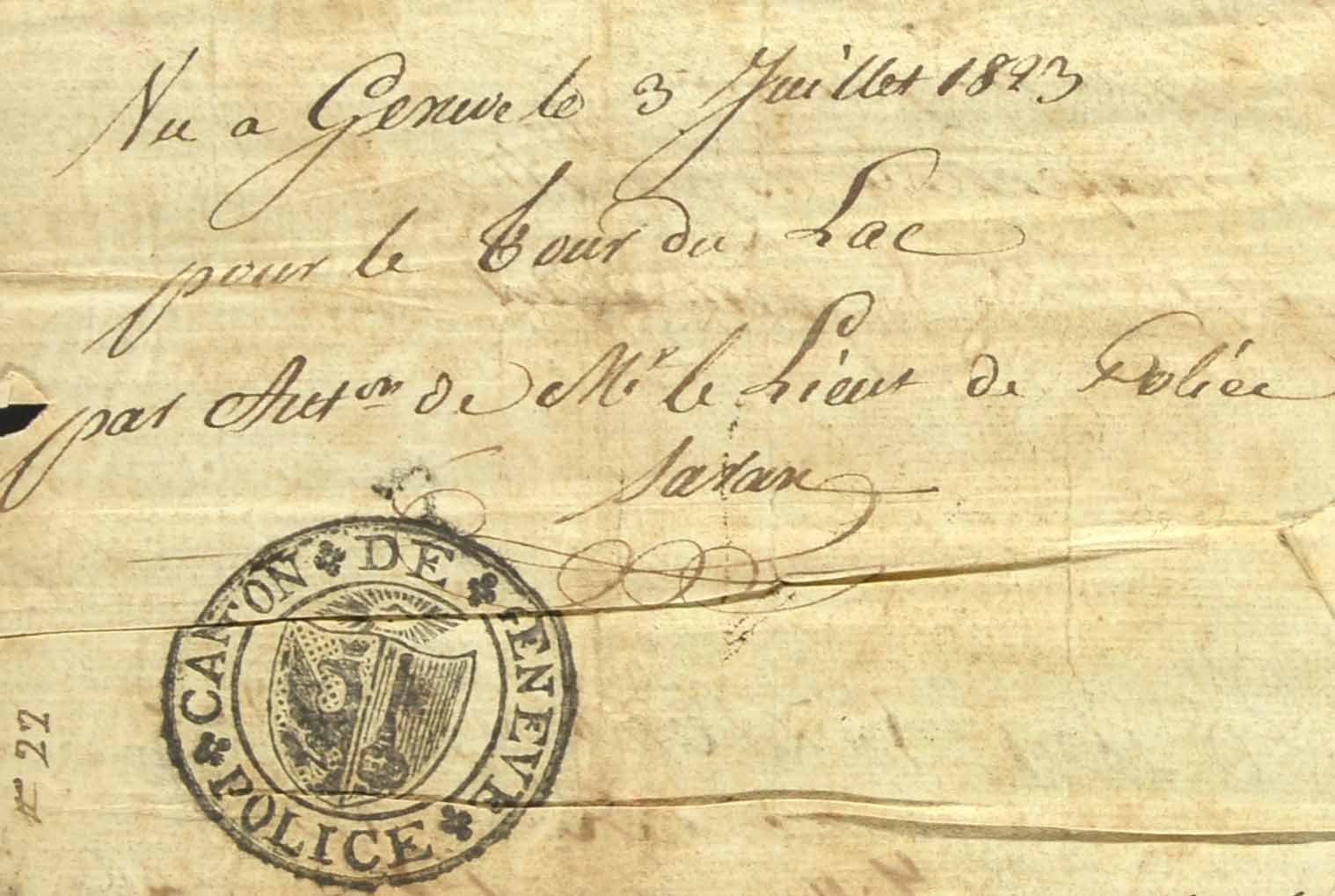 Charles Blandy was one of the Blandy family who were known in Reading for brewing, banking and, most notably, law. Their solicitors firm was established in Reading in 1733, but Charles took the route of brewing and banking rather than law. Perhaps he chose to take year out and travel through France and Italy in order to see the historic sites there. Calais, Paris, Rome, Milan and Tuscany are just a few of the places that he visited. 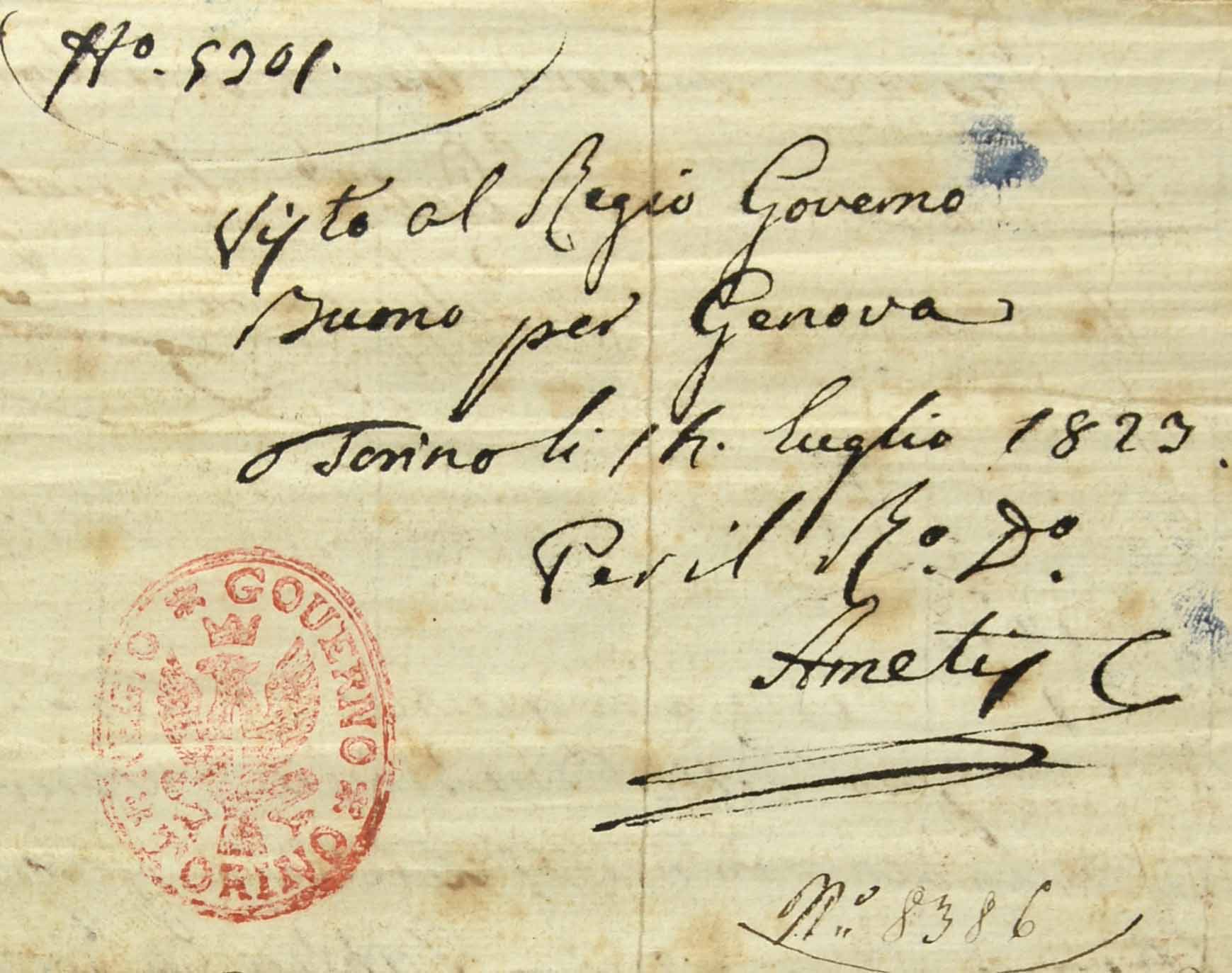 Officials were keen to keep track of visitors at this time, though with the establishment of the railways it proved to be very difficult. It was not until the outbreak of the First World War that passports were introduced in a more official capacity.

The document itself looks more like a travel itinerary than a passport of the modern sense. Unfortunately it hasn't survived in a very good condition which means that it will not be accessible until repair work can be carried out. But to think that Charles Blandy carried it around on his travels and that it survived not only those journeys, but through time itself, is really quite something.