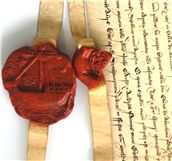 This little parchment records the sale of a ‘tenement’ – a house – in Abingdon on 29 September 1447.

The house, which came with outbuildings, is described as being in ‘le Brodstrete’, or Broad Street. It was owned by a charity in the parish of Sunningwell, which then gave over the rent to help the village poor.

The Record Office has hundreds of medieval deeds like this one: small pieces of animal skin, on which Latin text is written in a decorative script.

What makes this deed particularly interesting is what is attached to it. Giles Newe, the seller, was from Southampton, and he asked the town’s mayor to witness the sale. After the mayor had done his duty he fixed the seal of Southampton to the document. The result is the nearly 600 year-old impression of a ship that you can see in the photo.

The deed will be on show in the Record Office during the spring as part of a display of medieval seals. 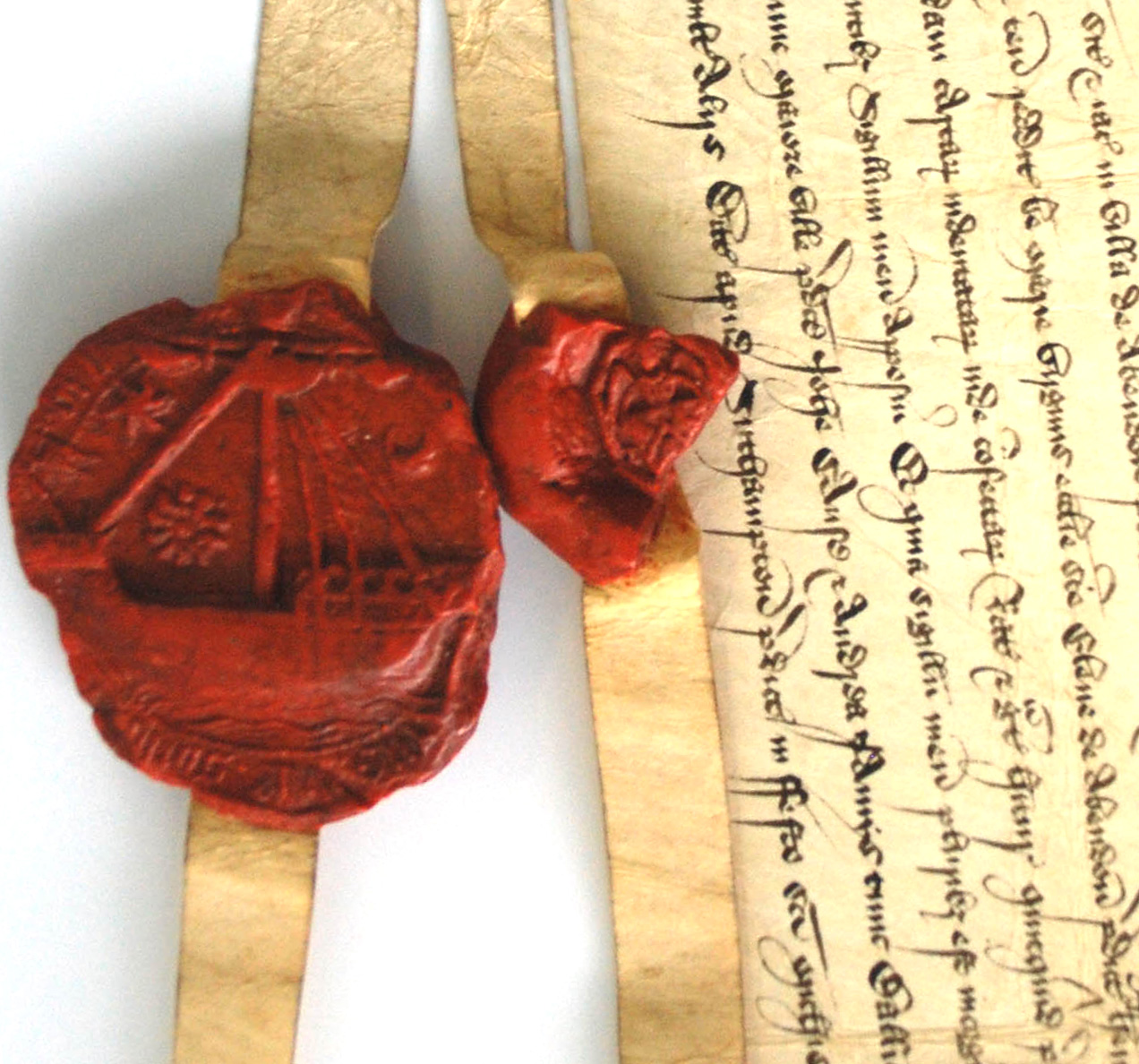