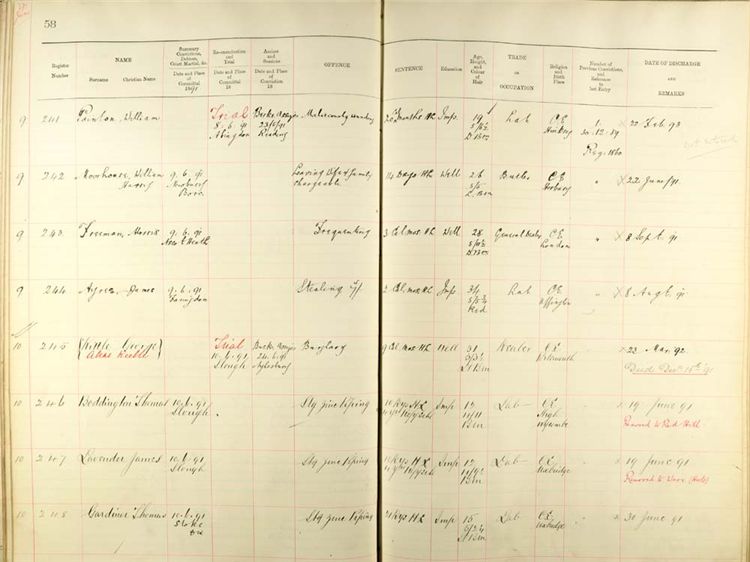 Nominal register of those admitted to Reading Gaol

At the bottom of this page are the names of three juveniles admitted to the gaol in 1891: Thomas Boddington and James lavender, both aged 12, and Thomas Gardiner, aged 15. They had all been sentenced to a short period of hard labour for stealing a quantity of zinc piping in Slough; Boddington and Lavender were additionally to spend the next four years of their lives in a secure reformatory school.

Like these three, most children admitted to the gaol were already of employment age; it was rare for a child under 12 to be admitted. 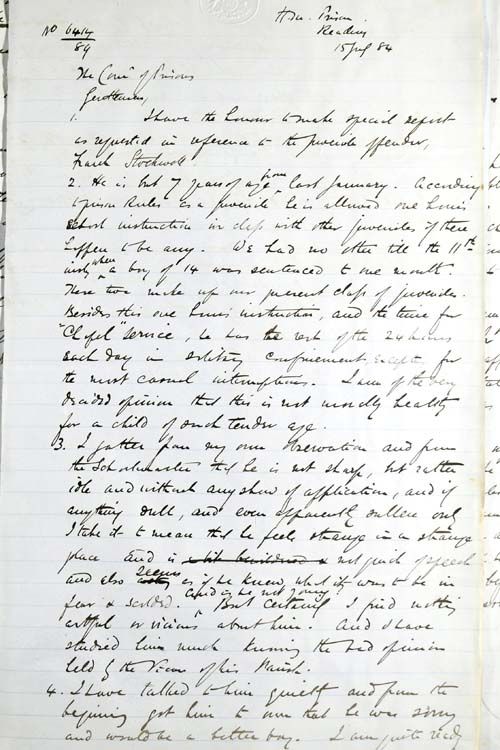 A decade before Wilde wrote about children in prison, this case of a little boy in Reading attracted attention.

In May 1884, seven year-old Frank set fire to a hayrick "to see how it would burn". It burned very well. Frank was sent to the assizes, found guilty of arson and sentenced to one month's detention, without hard labour, but with two birchings of six strokes each.

The case reached the Home Secretary, Sir William Harcourt, who asked the gaol to report. That task was given to the chaplain, Martin Friend. He was critical of the boy's detention and asked that he might be discharged immediately, albeit after the receipt of his second caning. 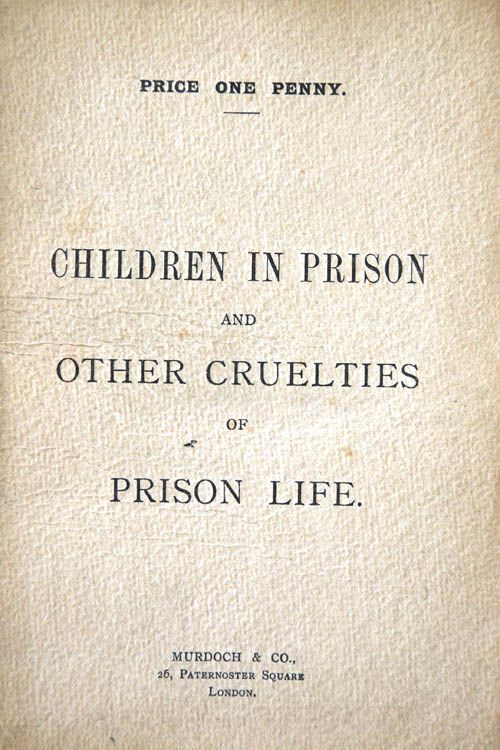 Children in Prison and Other Cruelties of Prison Life

In late May 1897, days after regaining his freedom, Wilde wrote a letter to the Daily Chronicle. He deplored the treatment of the warder in Reading, who had been dismissed for giving biscuits to some children who had been imprisoned for stealing rabbits. Wilde also wrote of the harm inflicted on children by the "silent system" which confined prisoners to their cells.

The letter was published in pamphlet form as Children in Prison and Other Cruelties of Prison Life in February 1898. On display is a first edition in its original printed wrappers, bearing the price of "One Penny."