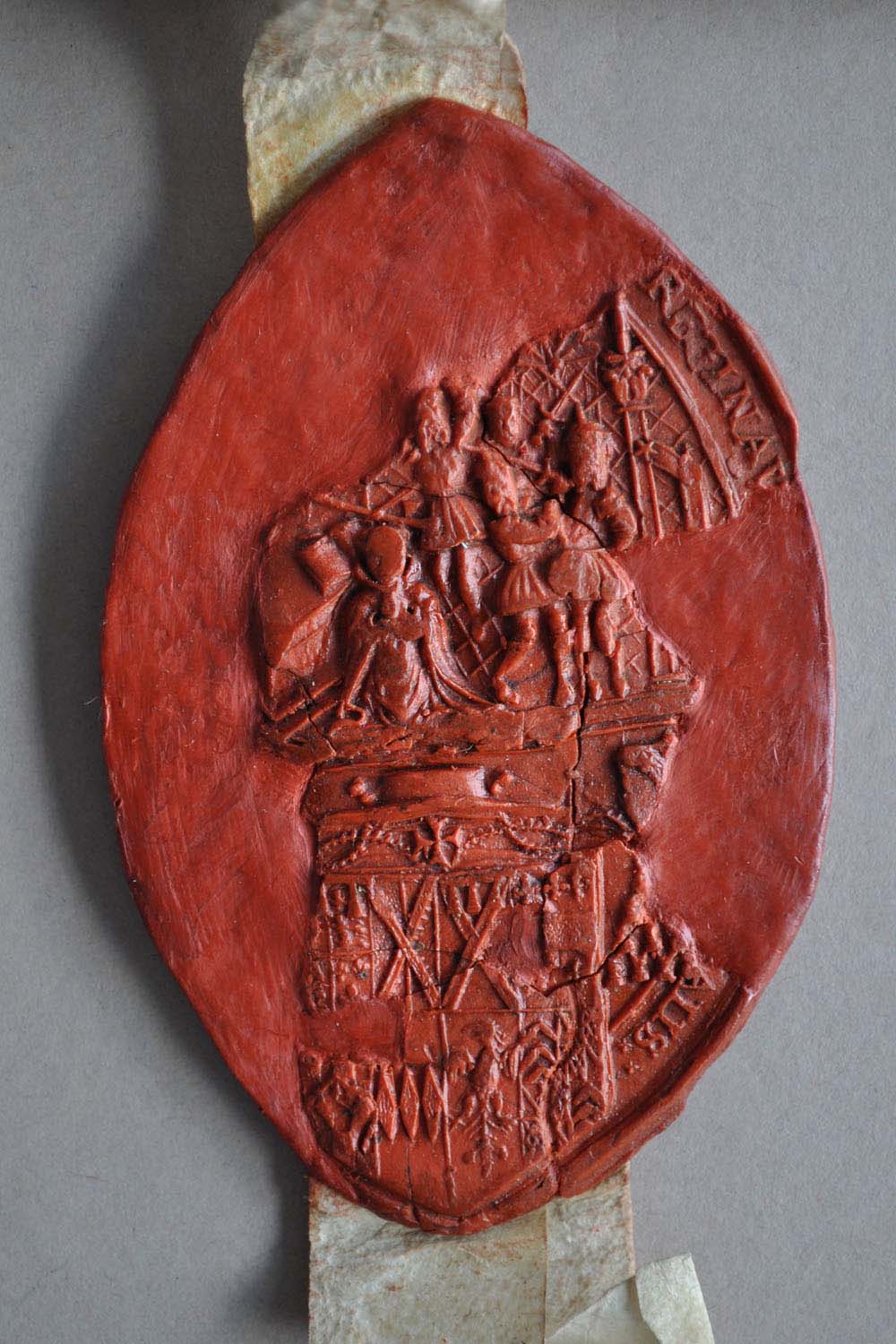 This seal was placed on papers relating to the will of William Watlington of Reading. The church had sole power for granting probate; a power that enabled it to make a considerable income.

This is one of the best examples of Pole's seal. It is a pointed oval, as were almost all church seals, and depicts the scene of the murder of Thomas Becket in 1170. Becket is seen kneeling in front of an altar, while to his left four knights attack him. To Becket's right is his cross-bearer, attempting to protect his master.

Pole's maternal grandfather was George, Duke of Clarence - brother of Edward IV and Richard III. Pole's seal reflects this: the royal arms are in the top left of his own.

Pole was a key figure during Henry VIII's divorce from Catherine of Aragon. Initially supportive of the King, he later spent sixteen years in exile. He returned to become the Queen Mary's Archbishop of Canterbury. It is unclear to what extent Pole supported Mary's repression of the Protestants; increasingly frail, he died on the same day as she did. 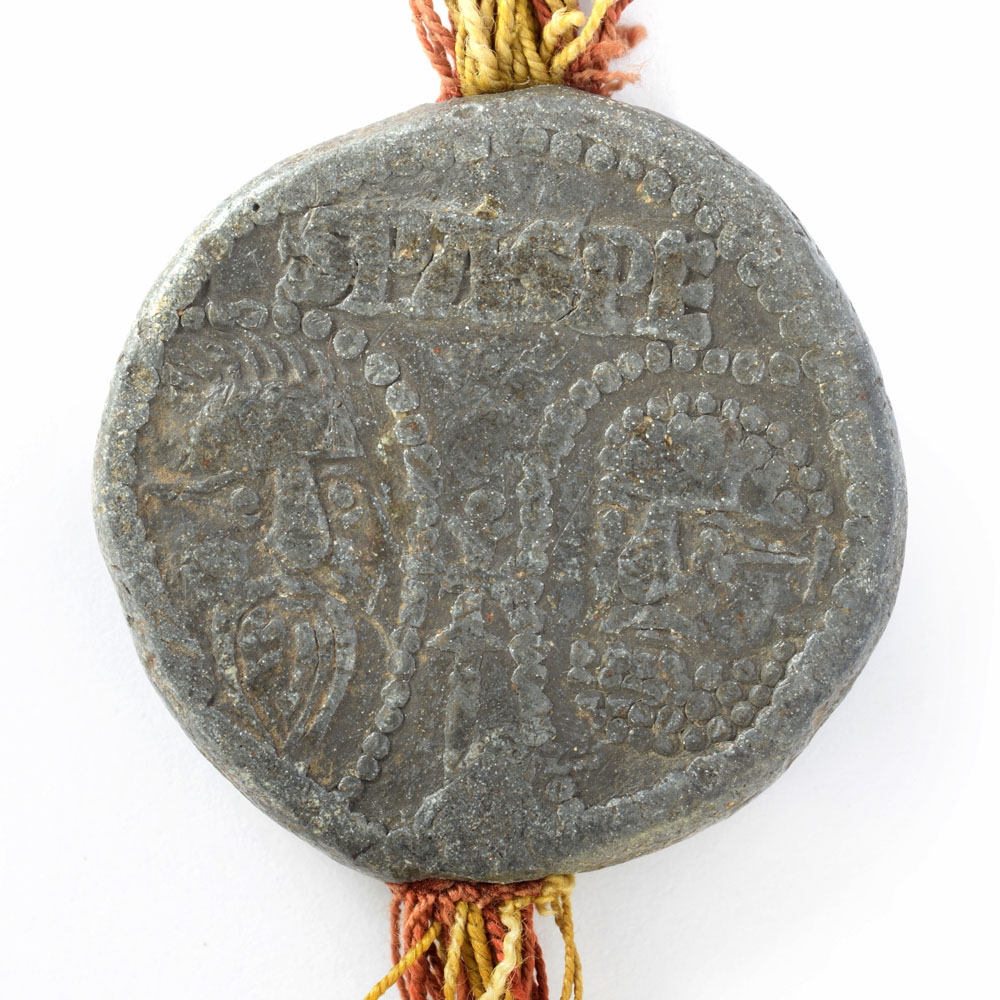 In the medieval church in England, there was no higher power than the Pope. The Pope's seal was special, and had been in use since at least the 6th century. It was called a 'bulla', or bull.

Made of lead, its obverse bears the name of Boniface ('BONIFATIUS PP VIIII', or 'Papa'), while the reverse has the heads of S[anctus] PA[ulus] and S[anctus] PE[trus] - St. Paul and St. Peter.

This document is an 'indulgence'. It grants release from the need to atone for sin to anyone providing aid for the church of St. Helen in Abingdon. It is dated 9 November 1391.