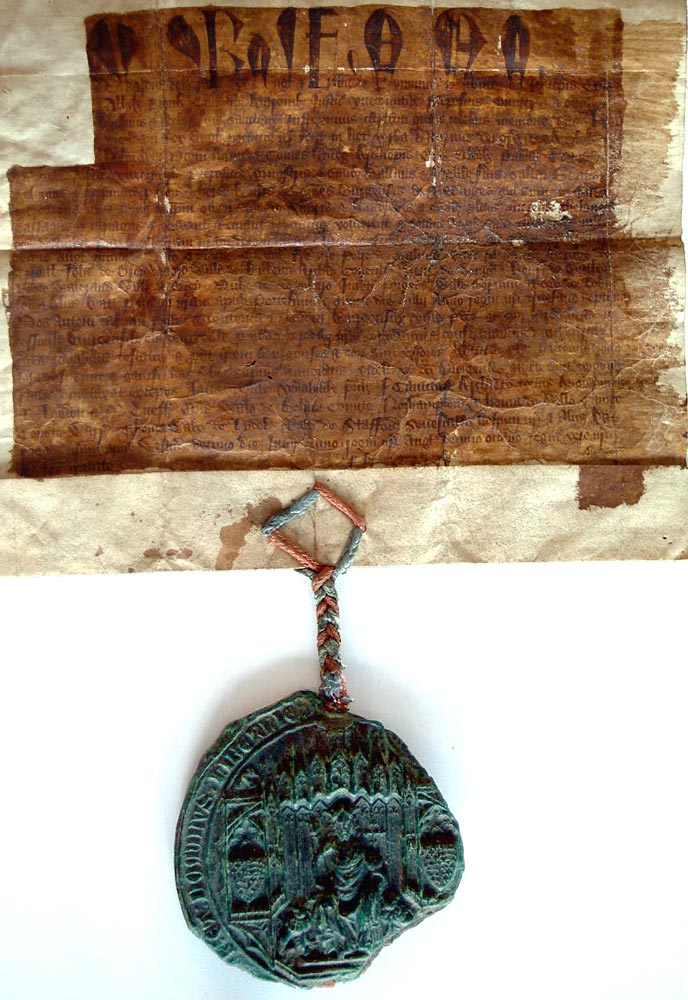 This is the oldest charter in the Borough archives; the 1253 charter has not survived (see transcript below). This charter quotes that of 1253 in full, and confirms most of its terms. Unfortunately this charter today is almost wholly illegible. At some point, possibly at the same time that other Borough documents were restored by the British Museum, a gall dye was applied to it in an attempt to revive the ink. This was a common practice during the 19th and early 20th centuries to ‘improve’ the legibility of ancient documents, though unfortunately with harmful results.

Transcript of the lost charter of 1253
"Henry by grace of God King of England Lord of Ireland Duke of Normandy [and] Aquitaine and Count of Anjou to the Archbishops Bishops Abbots Priors Earls Barons Justiciars Sheriffs Officers Ministers and all Bailiffs and faithful subjects greeting. Know ye that we will and order for us and our heirs that all Burgesses of Radinges who are in the merchant Gild in Rading be for ever free of Shires and hundreds and all pleas complaints tolls passages and cartage-tolls and may sell and buy wheresoever they wish throughout England without tolls and that no one molest them under penalty to us of ten pounds.…given by our hand at Portesmouth on the fifth day of July in the thirty-seventh Year of our reign." 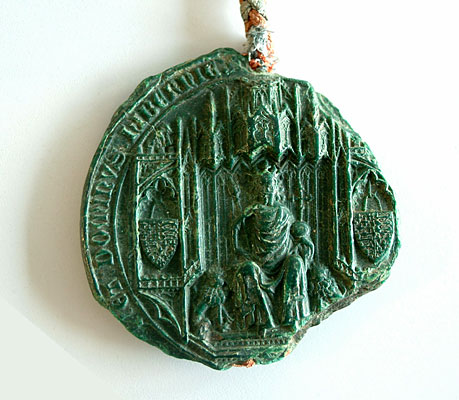 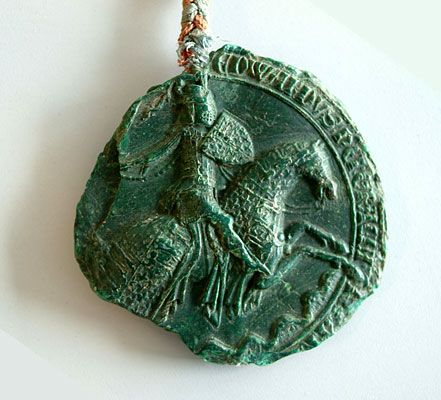 This shows the verso, or back of Edward III's Great Seal. Again, it is a traditional image of the monarch: this time, on horseback, riding into battle.

Agreement between the Abbot of Reading and the Merchants’ Gild

Although the charter was the first official grant of rights to the town’s merchants, this document is much more important in defining how the Abbey and the Gild co-existed in the town. It is almost certainly connected to the grant of the charter in 1253.

The agreement was completed in February 1254. It allowed the members of the Gild to keep their properties and markets; in return the Abbot received a part of the Gild's income, and was allowed to appoint its leader.

Once again the original document does not survive in the Borough archives. This later copy appears to have been cut out from a roll of statutes made around a hundred years later.

Deed of a house in Wood Street [Southampton Stree], Reading

This deed is the earliest document which survives in the Borough archive and predates the grant of the first charter by over 20 years. It is a conveyance by Adam de Kineware to Robert Norman of ‘one house with appurtenances in the street in Reading leading towards Winchester between the houses of Ralph le Kaner and Nicholas le Faukuner’.