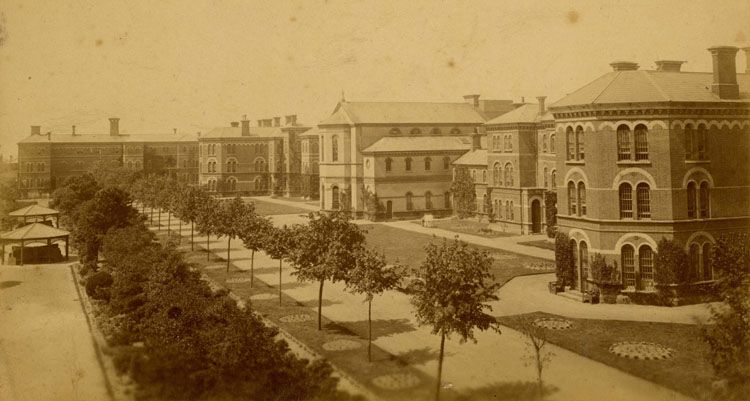 Photograph of the Terrace, Broadmoor Asylum

This undated photograph shows the south view of the male side of the Asylum. It was taken from the top floor of Block 2, Broadmoor's 'privilege' or parole block. From left to right, it shows Block 5, Block 4, the central hall and chapel (the lighter coloured structure), and Block 3. To the foreground is the Terrace, with its far-reaching views across the Blackwater Valley, to the left of this image.

Although the photograph is undated, it is possible that it was taken on the same day as the male staff group photo. Facilities for photographing patients do not seem to have been introduced until the early twentieth century, so the visit of a photographer would have been a rare event. 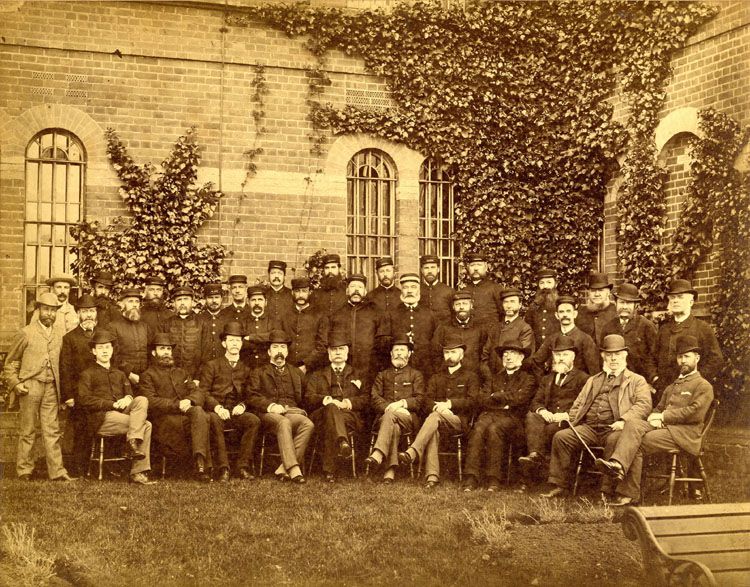 Photograph of the male staff at Broadmoor

This photograph shows the senior male staff, probably sat in front of the offices to the south of the complex, adjacent to Blocks 3 and 4.

The photograph is dated 1885,andl almost certainly relates to the impending retirement of Dr William Orange, Broadmoor's second Medical Superintendent and the man at its centre.

Most of the group is made up of the senior male attendants, including Chief Attendant Samuel Rawson who is wearing the banded cap in the middle row. Their uniforms were blue. The attendants dressed in padded jackets, or those with hidden buttons, are the men who worked in the 'back Blocks', where the more dangerous patients were housed. 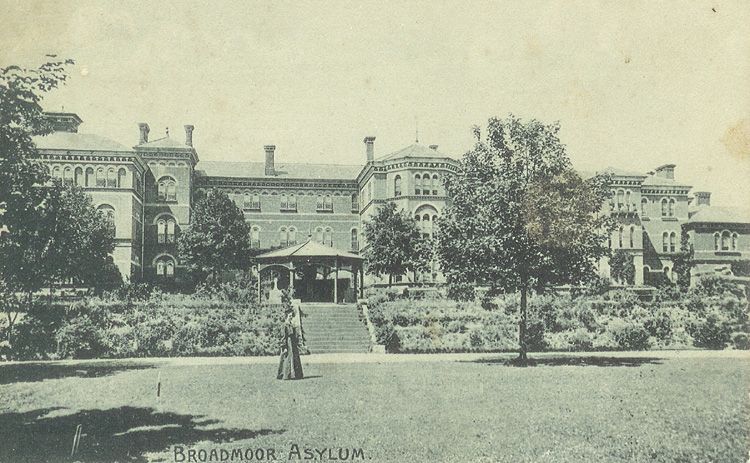 This photograph was produced as a postcard, and shows the south side of the original female Block, completed in 1863. This Block was where the less acute or demanding women were accommodated, hence its ready access to the gardens. Croquet hoops are visible on the lawn.

The identity of the solitary figure is unknown. 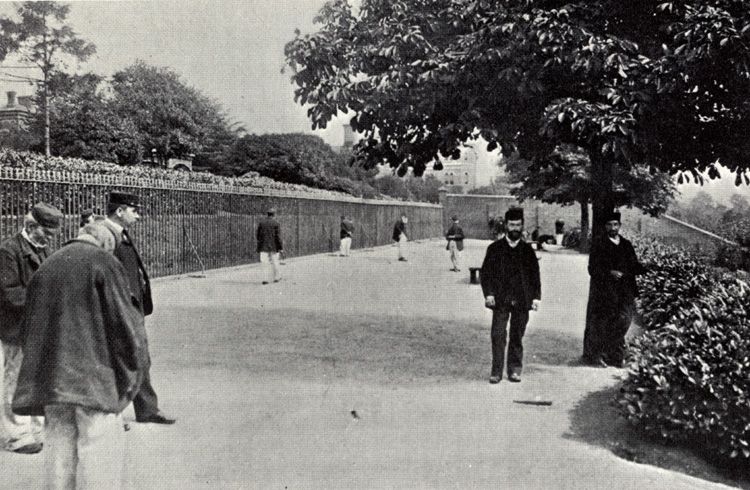 Photograph of the Terrace at Broadmoor Asylum

This photograph, taken from H L Adam's The Story of Crime, shows the lower Terrace looking eastwards towards Block 2. The patients, probably from the same Block, are wearing the distinctive Asylum clothing of dark grey jackets and lighter trousers. All these clothes were made on site by male patients in the tailor's workshop, and by teams of seamstresses on the women's side. Shoes were also made in a separate workshop by the male patients. 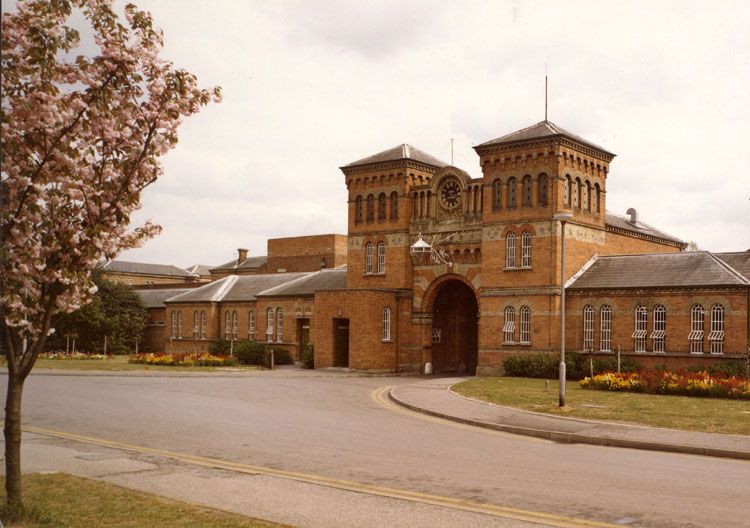 Photograph of the Gatehouse at Broadmoor

This photograph shows the classic view of the entrance to Broadmoor: the Gatehouse, with its twin towers topped by pyramids of slate, and the gold and black clockface in between. This image would have been a Victorian patient's first view of the Criminal Lunatic Asylum.

Immediately behind the Gatehouse was a courtyard, with waiting rooms and offices surrounding it.