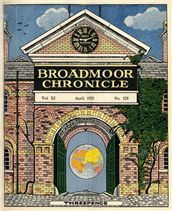 Broadmoor Hospital celebrates its 150th anniversary this year.  The Hospital is marking the event in June, and so it seems fitting to make this month’s highlight a Broadmoor one.

Where else to start but with the first patients?  There were eight of them, all women.  On 27 May 1863, they made the journey by rail and coach from Bethlem Hospital in London to their new surroundings.

Broadmoor was a far remove from Bethlem, which sat in the smoky depths of central London. The new patients found themselves in a beautiful spot of rural Berkshire, enveloped by trees and greenery but with far-reaching views across the countryside.

The image for this highlight comes from the admissions form that accompanied patient number one who was entered into the Broadmoor register. Mary Ann Parr, a thirty-five year old labourer from Nottingham, had been at Bethlem for nearly ten years after she had suffocated her newborn child against her breast.  Both she and her child probably suffered from congenital syphilis.

For Mary, Broadmoor would be home for the next thirty-seven years, though some of her fellow travellers that day would rejoin their families and friends once more.

One hundred and fifty years later, and Broadmoor is still going strong.  It provided the public protection that society demanded, and the dedicated care that its patients needed.  Broadmoor’s longevity is testament to its success, and it is a pleasure to wish it a happy birthday. 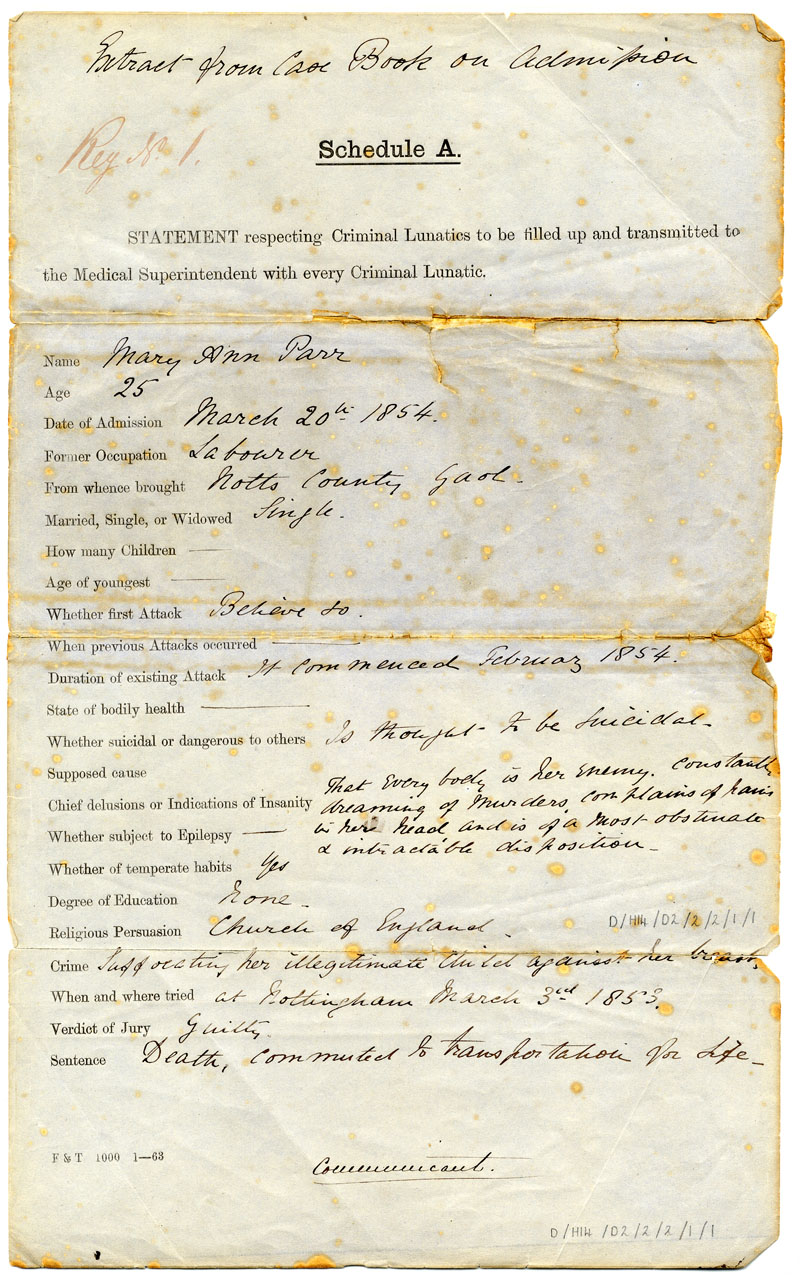