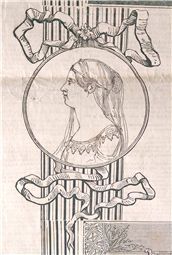 Fans of the drama series 'Victoria' which details the life of Queen Victoria and her 64 year reign, may be interested to discover that amongst the archives at the BRO is a special edition of the Observer relating to the Royal wedding on 10th February 1840 when she married Prince Albert of Saxe-Coburg and Gotha.

The 'Wedding Observer' (ref. D/EX463/12) provides a huge amount of detail on the wedding including the actual ceremony, the musical arrangements, the ladies dresses, festivities, illuminations and banquets. It even comments on the fact that the illustrations were "taken on the spot and are not fanciful creations or speculative". In the image below we see Queen Victoria leaving Buckingham Palace in her carriage for the ceremony in the Chapel Royal at St James's Palace. 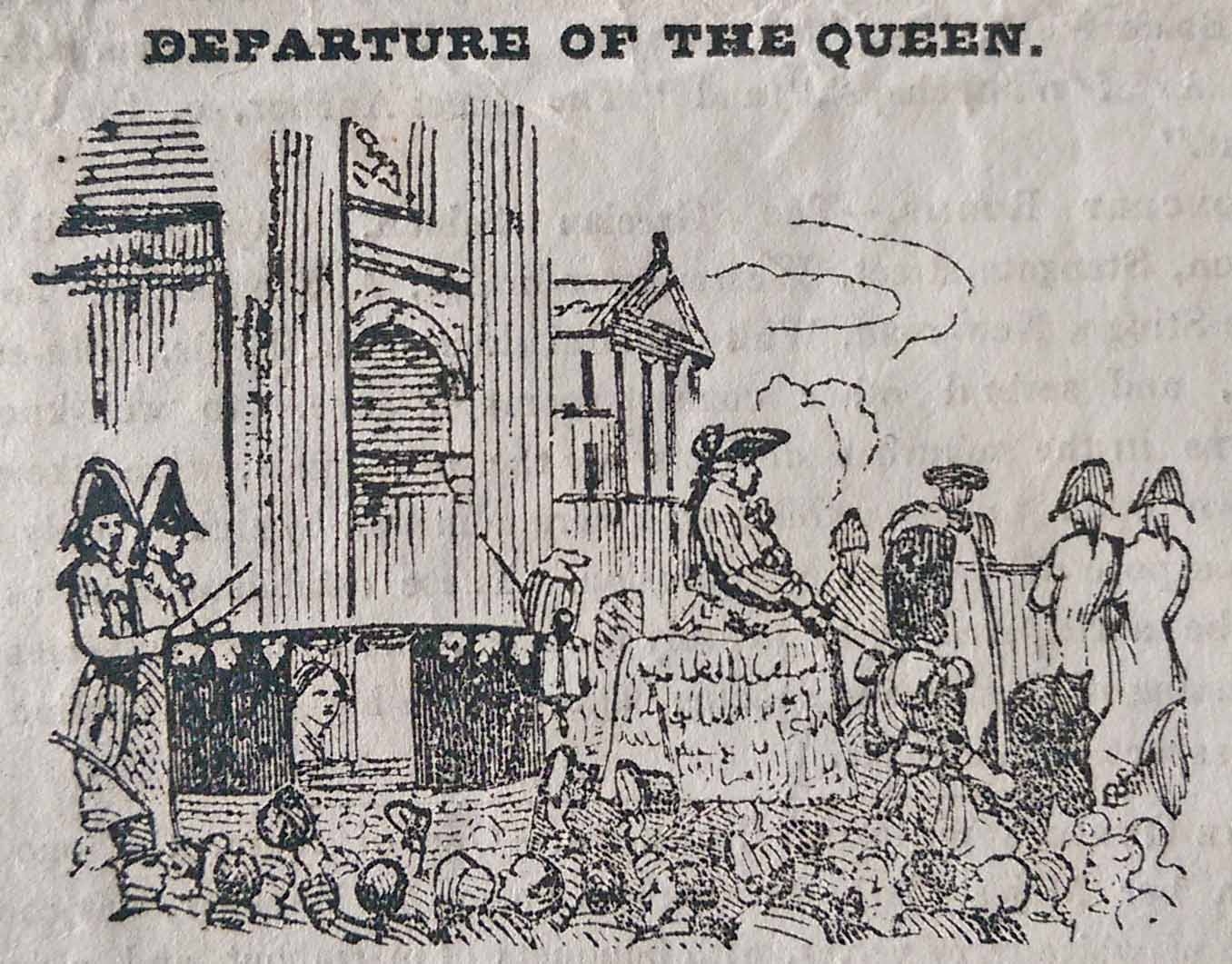 The description of the Chapel Royal enables the reader to picture the splendour as "on the communion table was displayed a vast quantity of golden plate, including six slavers, one of gigantic dimensions"; and that from the cornice above the altar there was "superb crimson velvet drapery depending from it in graceful folds".

Detail is also given of Queen Victoria's dress as being made with Honiton lace by Her Majesty's dressmaker, Mrs Bettu, who was apparently anxious that the dress be unique so she destroyed all her designs. The veil was made of lace and she wore a wreath of orange blossom around her head with diamond earrings and a necklace - her profile can be seen on the top left of this webpage.

Below we can see illustrations of the day with Queen Victoria in the colonnade (top left); the interior of the Chapel Royal (top right); the marriage ceremony between Victoria and Prince Albert (centre); the attestation to the throne room (bottom left) and the Wedding banquet (bottom right). The latter described as being drawn "as accurately preserved as a transient peep through the folding doors, by permission of the Lord Stewart, would permit". 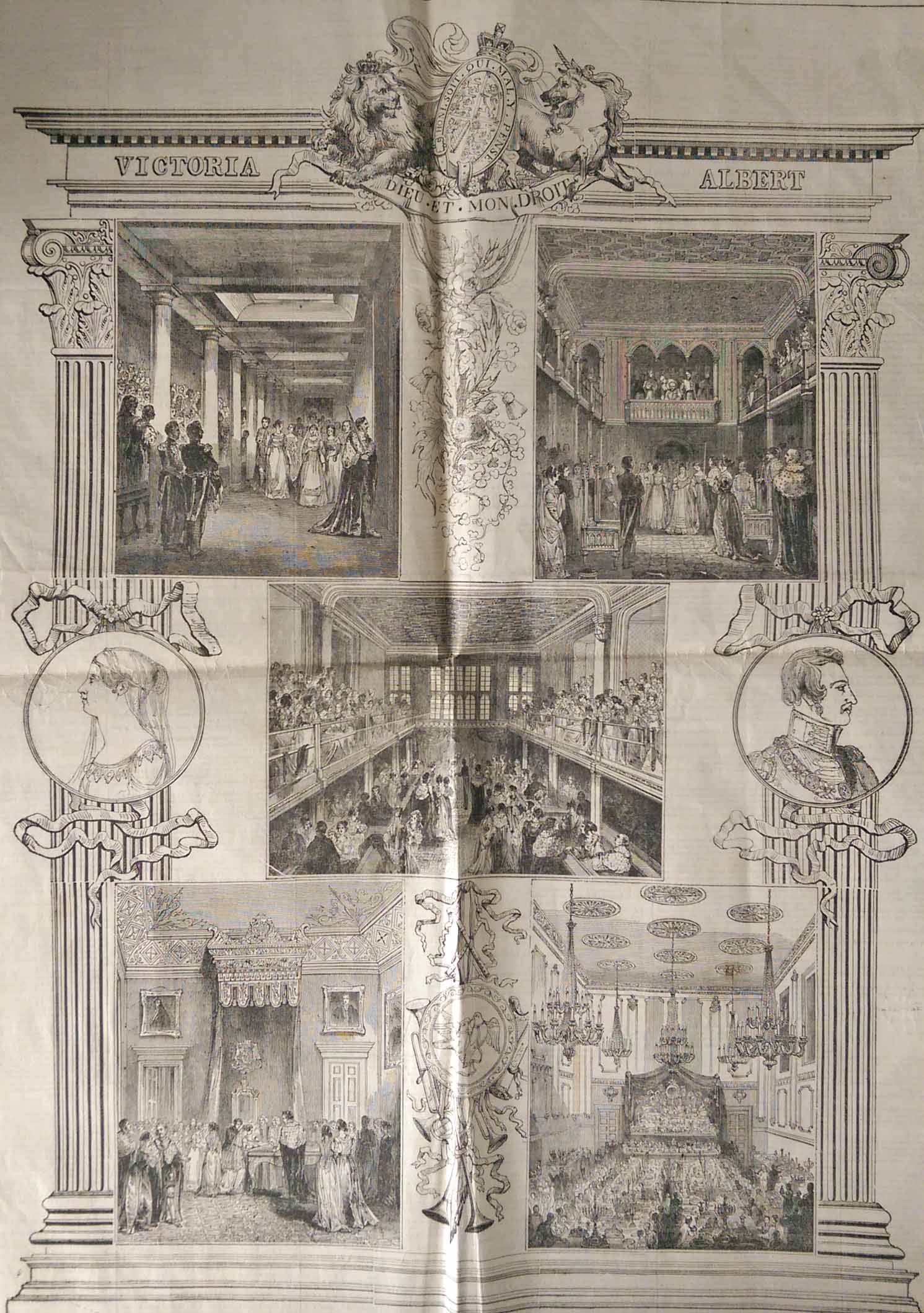 The special edition describes the illuminations on the streets of London consisting of flags, banners and gas lamps. One such illumination at the Ordnance Office on Pall Mall stands out as "an illumination of great magnitude and splendour consisting of about 65,000 lamps". The illuminations continued all along the journey to Windsor where dense crowds gathered to see the newlyweds despite it being late in the evening.

The description of events on the day and minute detail of every aspect of clothing, decorations and illuminations almost certainly enabled the reader at the time to immerse themselves in the event and imagine that they were there. Such words permit the modern reader to do the same.