The Snail and the Bypass

This month’s highlight is one of the more unusual items that we hold in our collections. It is a tie for supporters of the A34 Newbury bypass which features a comical cartoon snail in a construction hard hat. Seemingly innocuous, this tie is in fact a memento from a time when a multi-million pound road scheme was almost brought down by a creature the size of a pinhead. 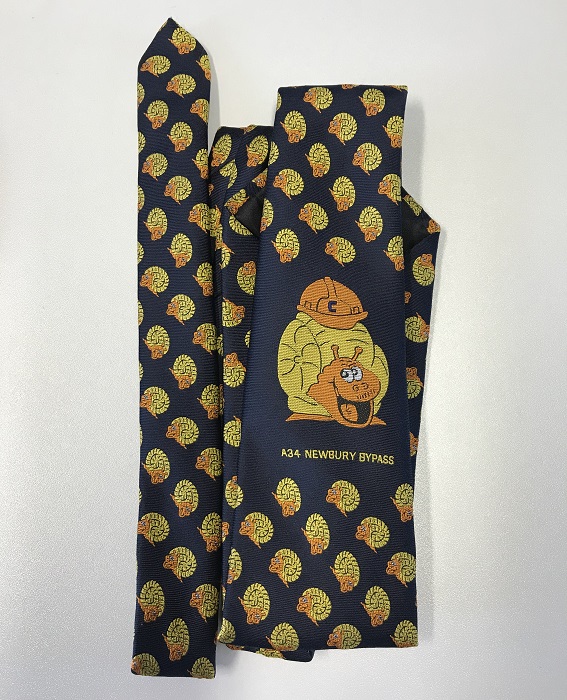 Proposed by the Department of Transport in 1984, the Newbury bypass was a controversial scheme which faced fierce opposition from some local residents and environmentalists. The route ran through sites of significant scientific and historic interest and it was discovered that areas affected in the Lambourn Valley were home to a rare miniature snail, known as Desmoulin’s Whorl Snail. Nonetheless supporters argued that the road scheme was the most cost effective and environmentally friendly proposal to alleviate traffic congestion in Newbury.

The bypass was debated for many years with two lengthy Public Inquiries in 1988 and 1992. In 1994 protesters even set up camps along the bypass route to prevent construction workers from building on the site. In June 1996, a coalition of environmental groups applied to the High Court to halt construction of the bypass in order to protect the snail. The group sought leave to appeal for a judicial review of the government’s handling of the issue. However, the application was denied because it could not be shown that the government had behaved improperly or irrationally.

Having received permission to go ahead, the Highways Agency then began the painstaking process of attempting to relocate the snails to a new home. Under the guidance of English Nature, large sections of earth containing reeds and sedges were moved to form a habitat of 3,200 sq. metres in the Lambourn and Kennet Valleys. Having seemingly resolved the issue, in August 1996 construction work commenced and the road opened to traffic in 1998. 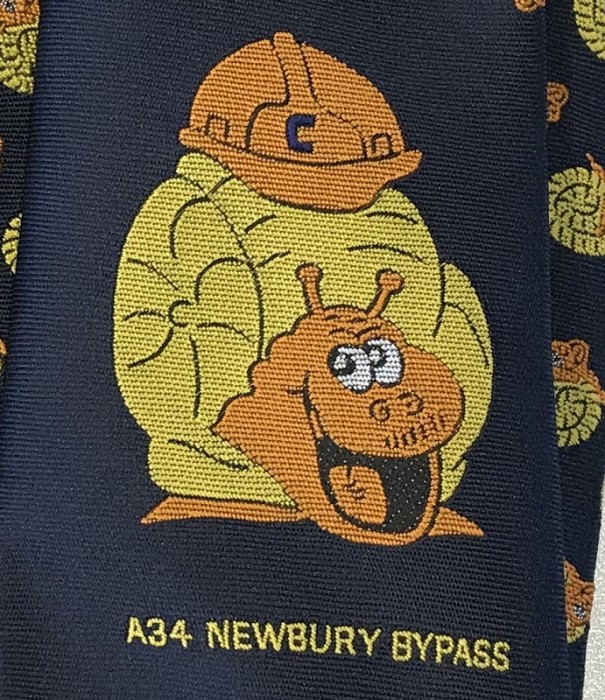 In 2006 it was widely reported that despite the efforts to save the molluscs, the snails had sadly died out in the area that they had been moved to (read more about this here). In 2020 Desmoulin’s Whorl Snail continues to be endangered in the UK but they do still occur in some areas of the south of England. With the benefit of hindsight we are reminded of the fragility of nature and the unpredictable outcomes of interference.

The effort that the Department of Transport went to in order to both build the bypass and save the snail led to the small creature becoming somewhat of a mascot for the road scheme. This comical tie features the image of the cheerful snail promoting construction of the A34 Newbury Bypass. 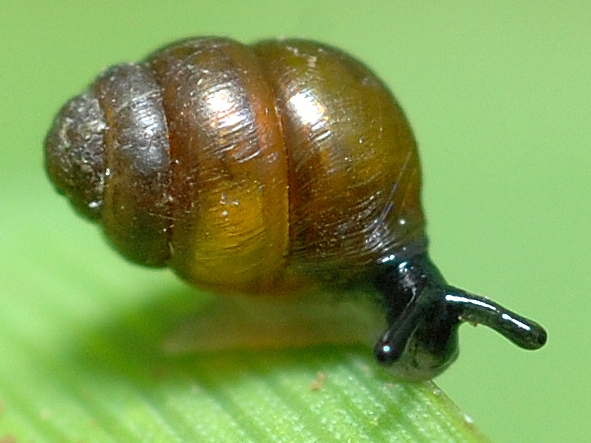 Recent Posts...
Update on opening >
Chiller update >
Where Smooth Waters Glide Exhibition Now Live >
It's a bit of a puzzle >
Conservation online >
Collecting records of the Covid-19 crisis in Berkshire >