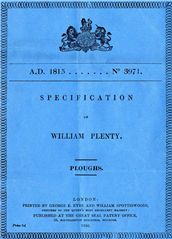 Plenty Ltd was a thriving engineering company based in Newbury which made agricultural equipment during the 1800s. Its founder, William Plenty, also designed lifeboats which were then stationed around the country. The company also made marine steam engines, iron bridges, balloon gas equipment and rotary engines and supplied parts all over the world. It still makes parts today under its new parent company, Flair Plenty.

William was succeeded by Edward Pellew Plenty who died in 1898. A year later his son Edward Pellew Plenty, disappeared with £4600 of the company's assets which was a great deal of money at the time. Plenty employees heard rumour that he ran off with a chambermaid from the local pub. It is not known exactly what happened to Edward, but in a 1918 share certificate he is given as living in Vigo, Spain. The company was saved from bankruptcy by the Director Harry Wethered and Edward's son Edward who became Managing Director. Perhaps grief drove him to it? We will never know.

This fascinating story comes from the records of Plenty Ltd which can be consulted at the BRO under catalogue references D/EX1739 and D/EX1771. 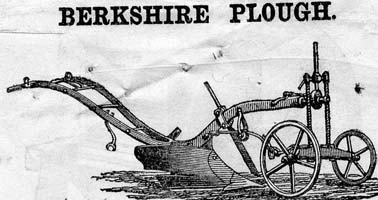