The Royal Merchant Navy Education Foundation, originally named the Merchant Seamen's Orphan Asylum, was established in 1827 as a branch of the Port of London and Bethel Union Society to promote religion amongst British and foreign seamen. The aim was to protect orphans of British seamen from adopting vices and falling into poverty by providing accommodation, education and Christian morals. The children were taught the principles of reading, writing, religion and morals as well as physical education - in particular swimming.

Children of the foundation were classed as orphans because their father had died whilst a seaman. They may well have had a mother and other siblings, but the aim was to give support to up to two children of the seaman's family. The orphans had to be British and seven years old and they had to leave by the time they were 13. Overall the children were well cared for and here we see how they were entertained on Bonfire night in 1850. 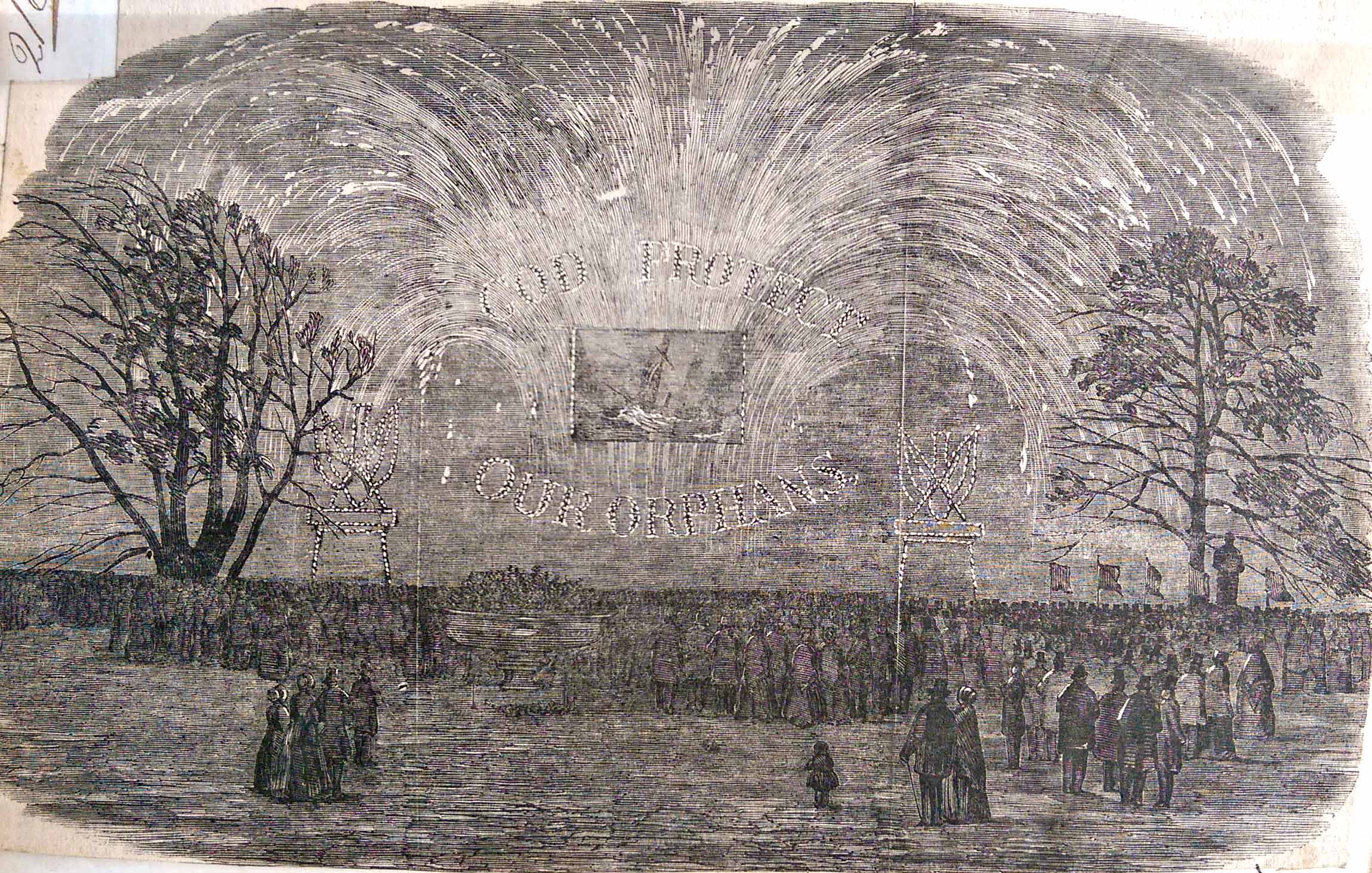 The above image is from the Board Management Minutes, 1849-1851 (ref. D/EX2363/A1/1/6) which contains an Illustrated London News piece from 1850. The minutes refer to the fact that the display of fireworks on 5th November was magnificent which can be seen in the image below.

The article provides more detail of the night highlighting how it was "novel and exceedingly appropriate to the occasion" and a "galaxy of fashion and beauty". It also mentions that the display represented a ship in lines of fire and the words "God protect our orphans". It must have been an amazing sight for the children watching and no doubt an exciting and fun distraction from their day-to-day life and education. The Foundation apparently benefitted from achieving new subscribers after the event which would have resulted in more donations. 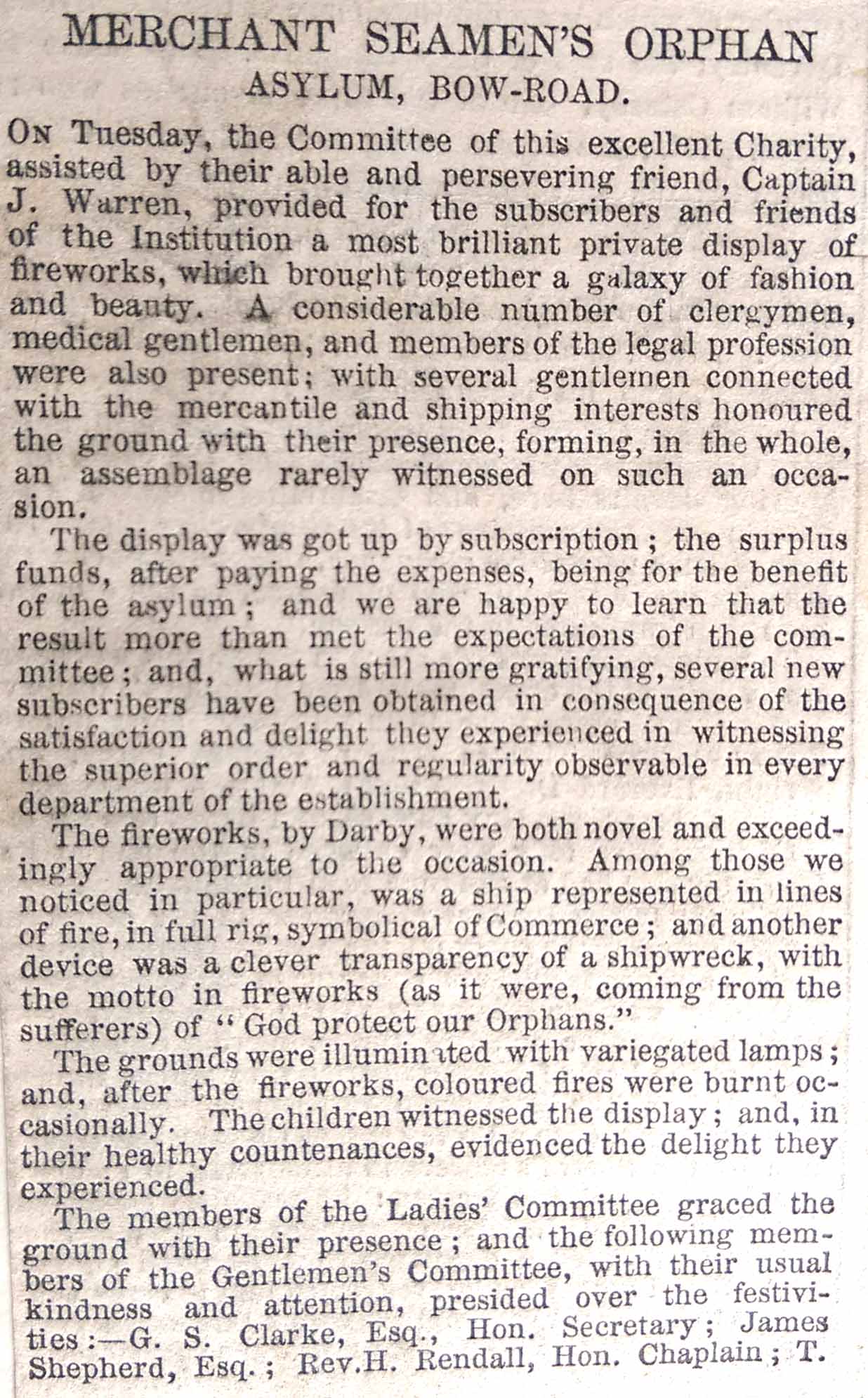 Over the years the foundation changed its name to the Royal Merchant Seamen's Orphanage and then the Royal Merchant Navy School. With so many children to accommodate fee-paying children from maritime families were also accepted. To avoid confusion with the naval college, the school became known as Bearwood College and was managed separately from the Foundation. In 2012 Bearwood was sold, but the RMNEF continues to this day providing assistance with school expenses and access to university education.