An Exhibition about Medieval Seals 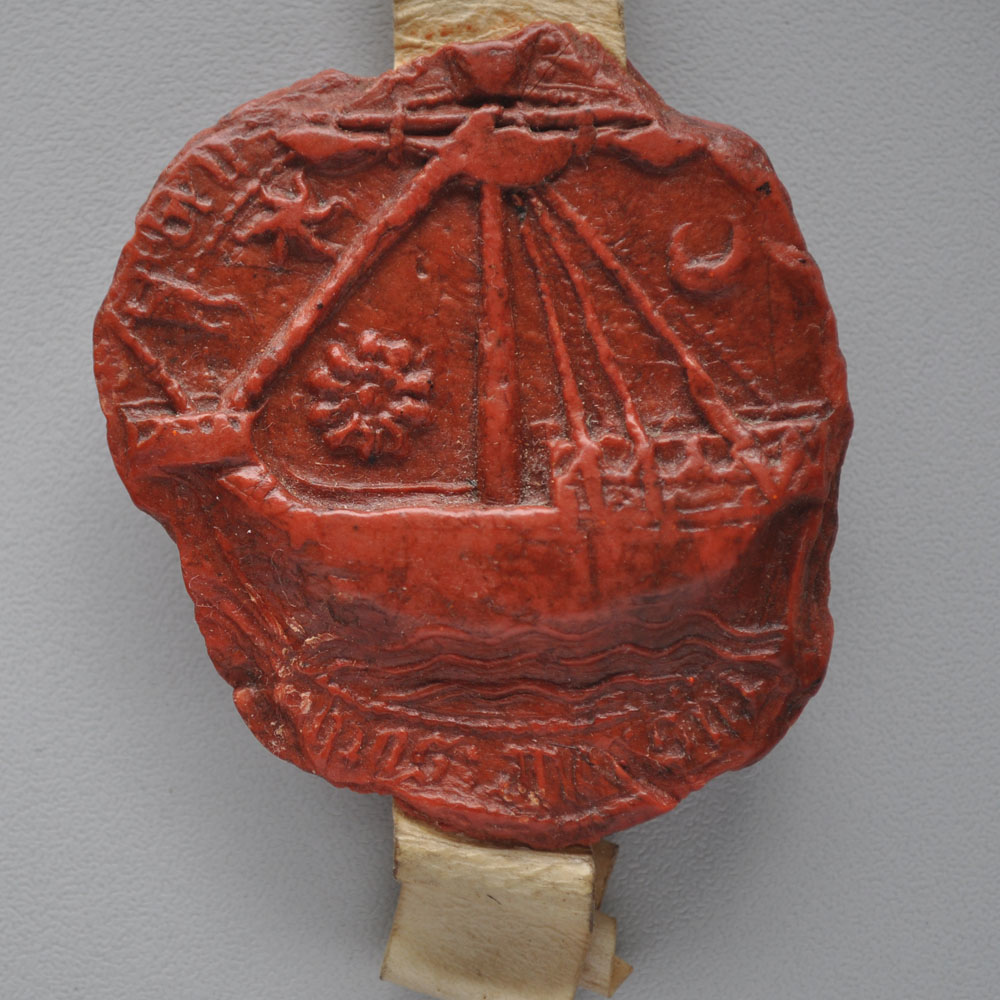 Seals were used as a means of proving that legal documents were genuine and could be small or large, often with intricate detailing. In 2014, the Berkshire Record Office displayed an exhibition on medieval seals found in the archives. Click on the links and display cases to discover more about these amazing small objects of power. 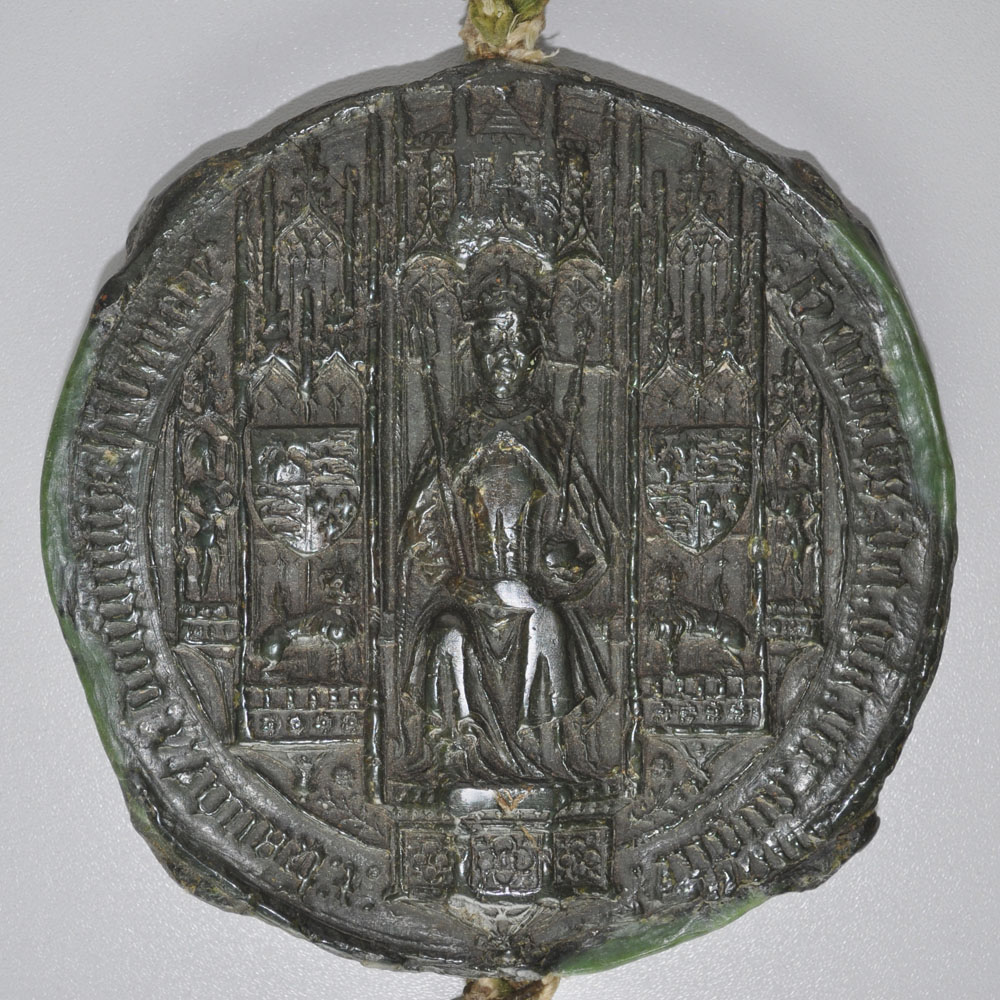 Seals were used as a means of proving that legal documents were genuine. They were used by ancient civilisations and this practice came to be adopted throughout Europe in the Middle Ages.

Initially, only those of the highest social ranks used seals, but gradually their use became more widespread. Any property owner might decide to have a seal made for their own use.

The use of seals gradually decreased as alternative methods were used to authenticate documents, such as stamps or signatures. 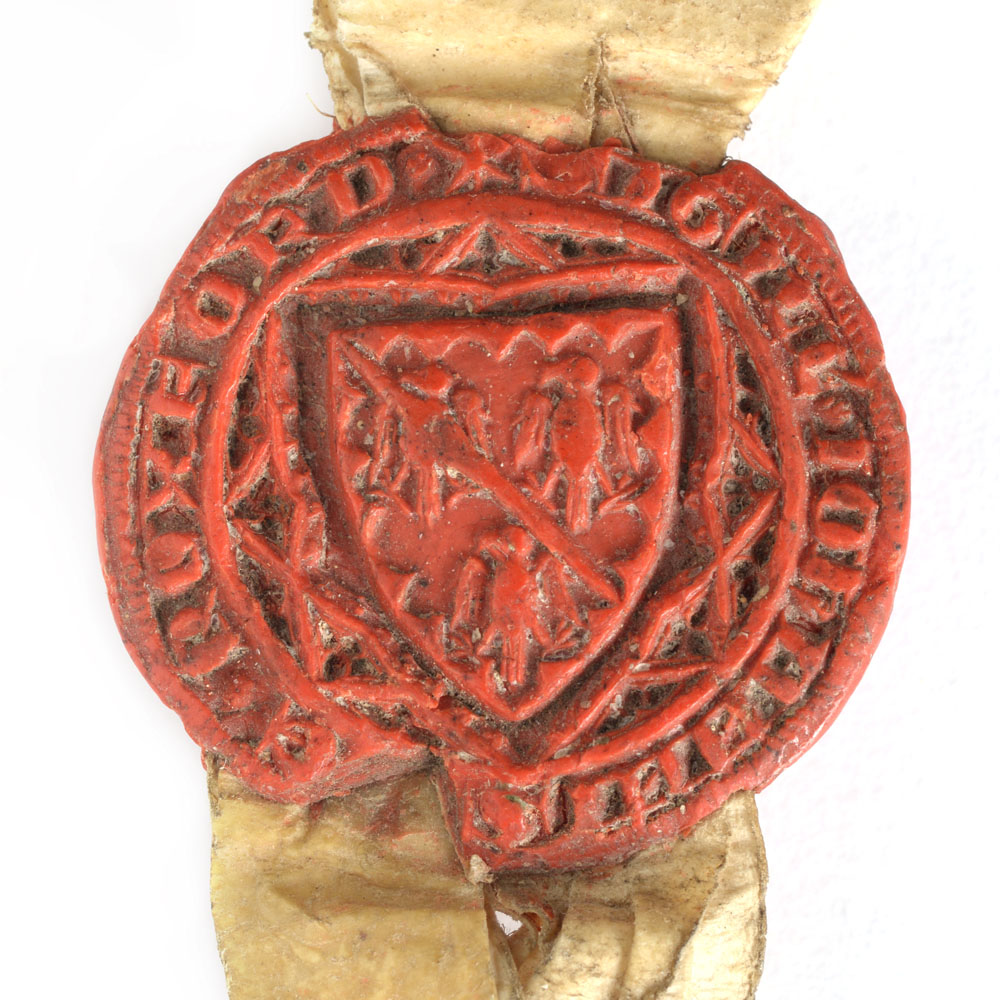 All the seals in this exhibition are 'pendent' - that is, they are attached to the document by a 'tag' or parchment 'tongue' that hangs from it. Sometimes seals are 'applied' to documents instead: this is when they are impressed directly onto the paper or parchment.

Seal design usually includes an image and a 'legend'. The legend is the text that can be seen - often heavily abbreviated - around the seal. The Latin 'sigillum' meaning seal, is sometimes abbreviated to 'S'. 'Sigillography' is the name given to the study of seals.

The seal impression is created by a 'matrix'. Smaller ones might take the form of a ring, while larger ones had a handle and could be carried. The matrix was usually made of metal, and would wear down over time. 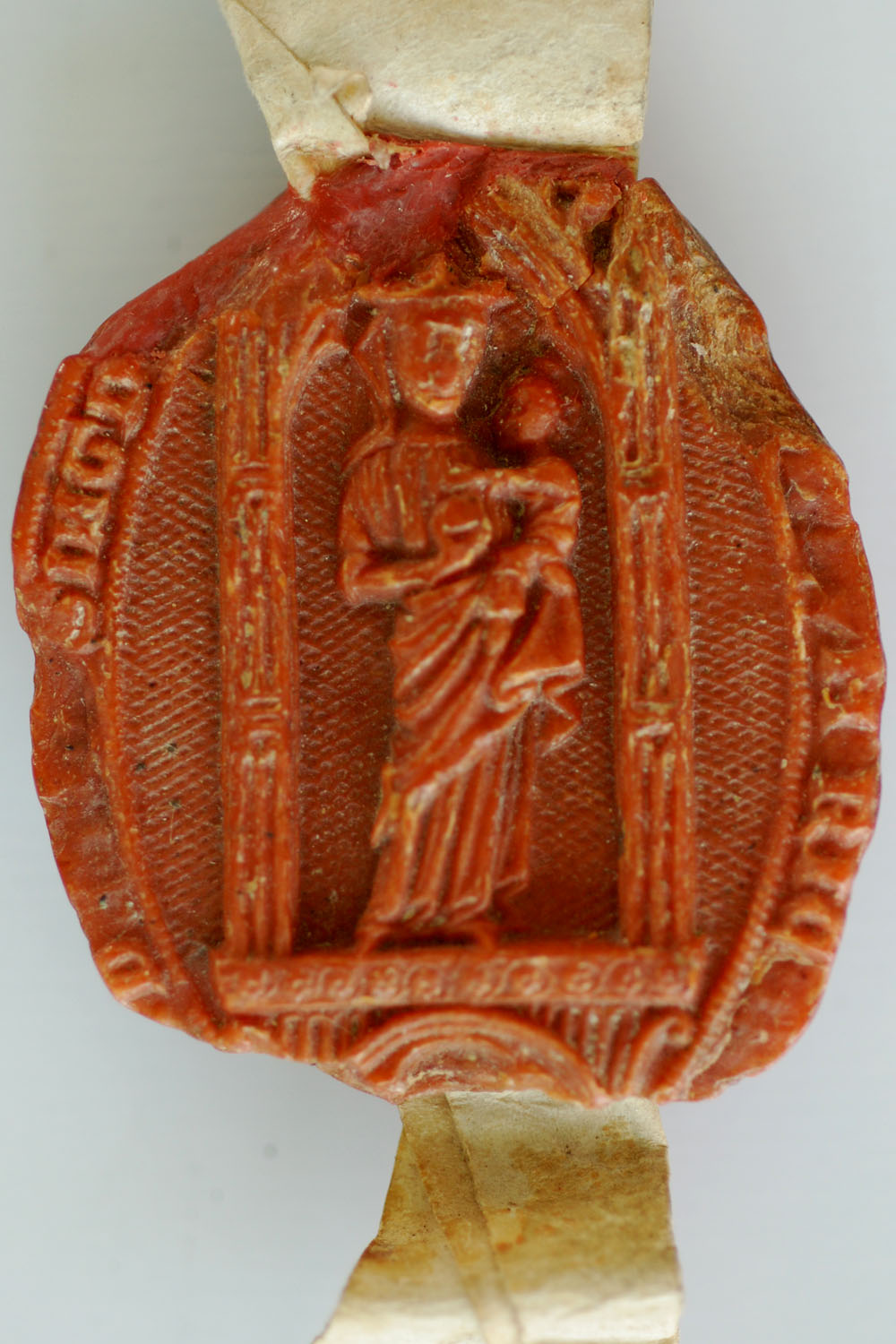 The matrix is usually created 'intaglio' which means cuts are made into its surface to make an image. When pressed into a hot surface such as wax, an impression is made in 'relief': that is the design is formed above the surface of the wax.