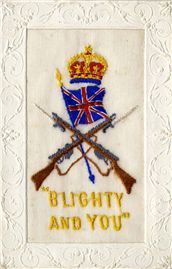 Showing support for soldiers during World War One was very important to the people of Britain. One way of doing this was by sending postcards such as the one displayed here.

The postcard was made by Raphael Tuck and Sons and is part of the Broderie D'art series (Number 405). It shows the Union Jack with the crown and crossed rifles and is made of embroidered silk on an embossed card. This particular one is one of two silk postcards found amongst a collection of standard postcards depicting mostly local scenes in Berkshire (catalogue reference D/EX1030/1).

Sending postcards like this was a simple way of reminding soldiers of home and that people were thinking of them. They were especially popular during the festive period when thoughts of home would have been prevalent on the minds of  soldiers.

August 2014 marks the centenary of the Britain's involvement in the Great War which was the most destructive the world had ever seen with so many lives lost over a period of four years. This postcard was simple in its design, yet its message to British soldiers was clear - "Blighty and its people support you". 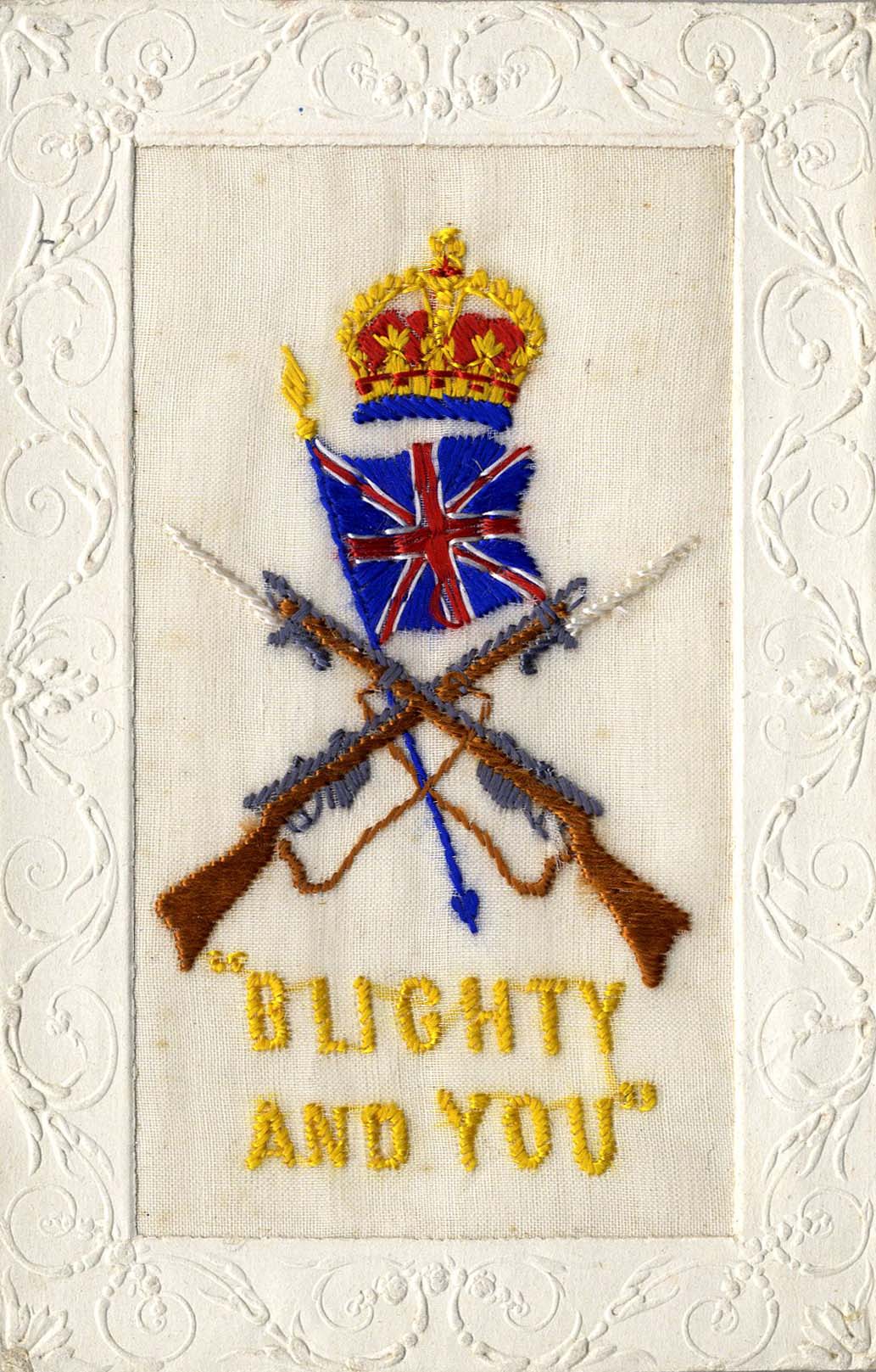