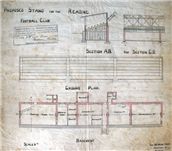 As Reading Football Club prepares to gain a new owner, here is a look back at an earlier leading light in its history.

Edwin John Springbett Jesse was a Victorian property developer who was responsible for much of the housing still found in areas of Reading such as The Warren and Whitley Rise. In his mid 40s, he also purchased a property known as Elm Lodge, sandwiched between the Oxford and Tilehurst Roads, and proceeded to turn it into a housing development known as Elm Park.

That title survives today only in road names, but for over a century Elm Park had a wider recognition as the home of Reading Football Club.

Jesse arranged to lease land to the Club in 1895; shortly afterwards, he set his builders to work creating a pitch and had his architect, George Webb, draw up this plan for its first stand – subsequently known as the North Stand. It ran parallel to Jesse’s terraced housing in Norfolk Road, and was designed to provide bench seating for 600 spectators, with a dressing room, committee room and refreshment room beneath. 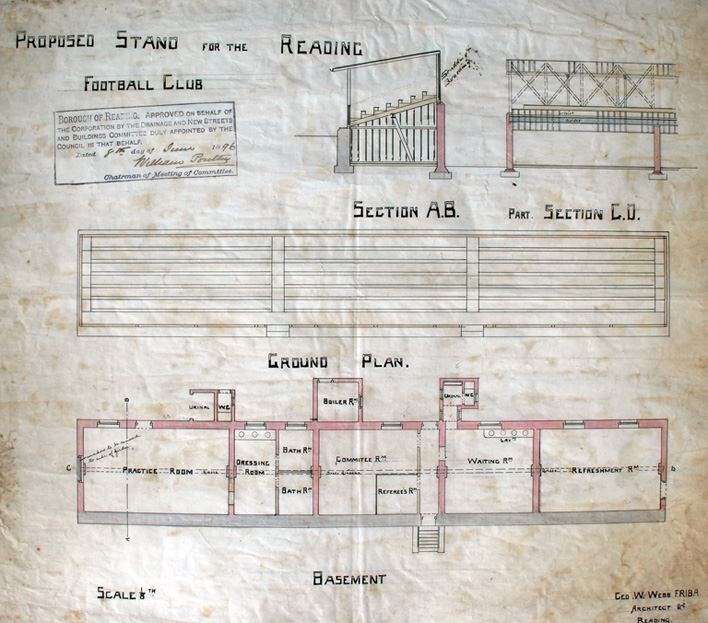