Amongst the papers of Phoebe Cusden, Mayor of Reading 1946-7, are some papers relating to her links with Dusseldorf and the Reading-Dusseldorf Association. Interestingly, there is a photograph showing some German prisoners of war (POWs) about to enjoy a Christmas meal at Southcote Lodge, Reading from 1946 (ref. D/EX1485/15/3). There seems to be about 14 POWs holding up the food that had been cooked for them. One is even holding the Christmas pudding! 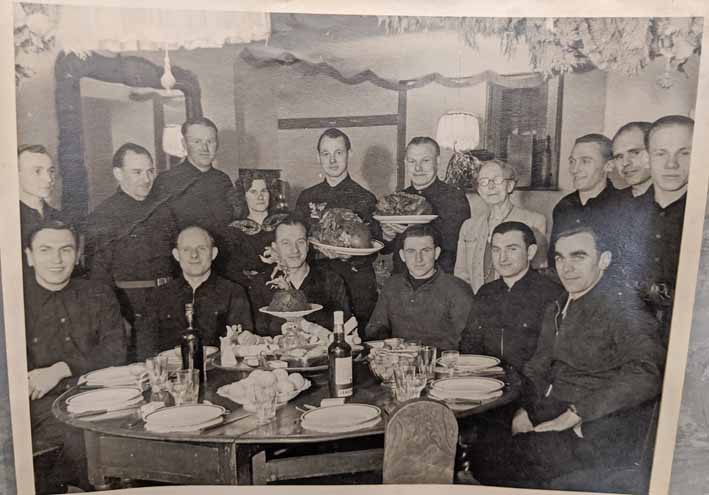 There is no indication as to where the POWs came from, through there were several POW camps in Berkshire, including one at Stanbury Park, Stratfield Mortimer, Reading. So it is quite possible that they came from there. Although this is post-war, POWs were still being repatriated to their home countries until as late as 1948.

In England, most German POWs worked on farms, roads and even building sites whilst waiting to be repatriated. It was not until a ban on fraternisation was lifted in 1946 that POWs could mix with the local population. In many cases, people invited POWs to join them for Christmas that year - perhaps by way of celebrating the occassion. Phoebe Cusden had presumably decided to do the same.

Phoebe Cusden was instrumental in setting up the Reading-Dusseldorf Association whilst she was Mayor of Reading in 1946-7. The two towns were eventually officially twinned in 1975 (1988 in Dussledorf itself). Cusden had been a prominent figure in Reading having been a Justice of the Peace for Reading Borough Council from 1931 to 1963, a Reading Councillor, 1931 to 1949 and an Alderman from 1938 to 1950. She was a socialist, a trade unionist and a freelance journalist in her time. She was also the organising secretary of the Nursery School Association of Great Britain and had a real passion for early nursery education. Phoebe would also organise clubs and holidays for poor children. It is perhaps unsurprising that she was awarded an MBE in 1951. 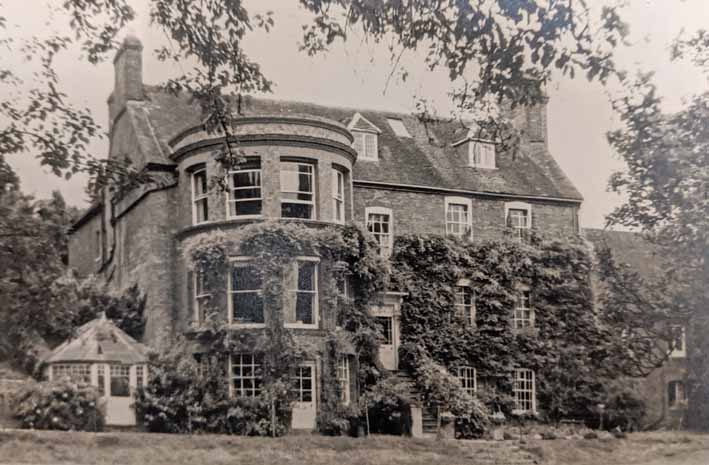 For many POWs, 1946 was the first time that they were allowed to enjoy a Christmas meal, let alone mix with local people. With someone like Phoebe Cusden offering these German POWs a place at her table for Christmas, one can only imagine what it must have been like for them. It must have been a nice feeling to be welcomed and for it to temporarily feel like home - even if it was just for Christmas. Who knows, perhaps repatriation to Germany was just around the corner for them when they could finally return home to their own families.